Thérèse and Auguste Cottet, originally from Hermance, a small Swiss village near to Geneva wished to create a hotel in a small mountain village.

In 1935 the opportunity to buy a plot of land arose in Chatel as well as the possibility to rent the next-door house to be run as a boarding house during the construction of the hotel. During this period, no-one could have imagined that Chatel was to become the renowned winter sports station that it is today.

The weeks, the months and the years passed and at the end of 1938 Fleur de Neige was able to open its doors to its first clients...

Unfortunately the Second World War broke out and the Fleur de Neige was requisitioned by Italian and then French troops.

During this period the Cottet family had to return to Switzerland. Pierre Cottet, son of Thérèse and Auguste wishing to take over the hotel from his parents worked as a cook in several Swiss hotels.

The hotel Fleur de Neige took in refugees after the bombardment of the village of Abondance, 11km from Chatel. Numerous are those who took refuge having as their sole source of light a flickering candle-flame.

At the end of the war Thérèse and Auguste were able to return to Chatel where the French state ordered that they should shelter and feed children from Lyon who had suffered during the war.

Once the war over Fleur de Neige was able to restart its activity with 22 rooms, one bathroom and one W.C.

During this period the clientele came in the summer but with the opening of the ski lift from Chatel to Vonnes in 1947 the hotel welcomed the first skiers who came to the region to test the virgin slopes devoid of mechanization.

At the beginning of 1953, whilst Auguste Cottet had gone down to Thonon-les-Bains to buy potatoes at Fernand Neuvecelle, he took advantage of the opportunity to ask his son Maurice to come and work at Fleur de Neige during the end of year festivities. Young Maurice who came to help, rapidly realized that the hotel restaurant trade was a profession that pleased him a lot and he decided to make it his profession.

The years passed and Auguste and Thérèse Cottet rapidly understood that they could have confidence in Maurice and they gave him responsibility of the restaurant. Having an innate gift for customer contact Maurice dedicated himself entirely to his work.

In 1960, the hotel underwent its first extension with the construction of the North wing which included a bar with a lounge and 12 new rooms. The hotel now had 35 rooms in all, all with wash-hand basin and bidet, telephone and for 14 rooms, private bathrooms. 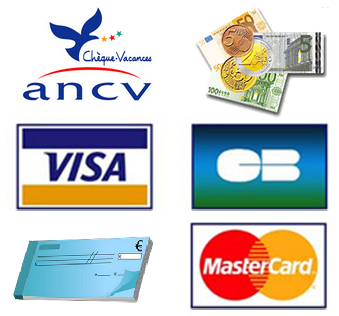